1. Linking with the Previous Article

In the previous article (“Looking Anew at Education”) the following theses were defended:

It is clear that, in this paradigm, the distinction between formal and non-formal education loses importance, and, therefore, the role of conventional schooling in education is considerably diminished.

It is also clear that in the transition from the present to the new paradigm, which can be quite long, we cannot do without the school. But the school must undergo a process of change and innovation in order to participate in this transition.

The twentieth century was a century of change. If we compare the beginning of the twentieth and of the twenty first centuries, 1901 and 2001, we see that the world, in most respects, was not same in those two occasions. The fact that in 2001 a new millennium, and not merely a new century, began, helped feed the sensation that the world had radically changed during the previous one hundred years.

It is undeniable that technological innovation, even though it was not an agent of change (this role is reserved exclusively for humans), was an important tool of change. The telephone, the movies, the radio, the record player, the automobile, the airplane, the computer, the Internet, the television,  the video camera, recorder, and player, the mobile phone, and many other technologies (medical technologies, for instance) came to fruition in the twentieth century, even if their roots were in the second half of the previous century (mostly in the latter portion of it). In due time, all of these technologies, which originally were quite different from one another, became digital or computerized, in a mechanism frequently labeled convergence.

The changes that these innovative technologies leveraged in the world were broad, deep and pervasive. Pervasive in the case means that almost every aspect of private, social, and professional life was affected by them.

The school was, and has remained, a notable exception. It is true that there were small changes and innovations within the school, but they were mostly superficial or cosmetical, and very often affected only a single dimension of the institution: the institution as a whole was not transformed.

In order to better understand this assertion we must have in mind the relation between change and innovation.

Innovation involves change, but not every change brings innovation.

As many authors have convincingly argued in recent times, after Thomas S. Kuhn’s seminal work, The Structure of Scientific Revolutions (1962), change can be of two kinds:

In the first case we usually have small, piecemeal, incremental, gradual changes — surface improvements of an established paradigm. The changes or improvements do not question the paradigm: they take it for granted. When they have to deal with practice (and not theory), these changes and improvements do not depart too much from the conventional, almost universally accepted, way of doing things.

In the second case we usually have to deal with broad, profound, systemic (holistic), radical, often abrupt changes, that lead to the destruction of an established paradigm and its replacement by another. The changes here subvert the established paradigm, since they aim at replacing it by another paradigm. When they have to deal with practice (and not theory), these changes significantly depart from the conventional, generally accepted, way of doing things.

The following figure, taken from a small book by David Hargreaves called Education Epidemic, available for free on the Internet, helps understand what is being said here.

3. The School: Reformation or Transformation?

The graphic shows that the two kinds of change mentioned can lead to:

Something else that is important is the following. If, in a process of change, we concede too much to existing thought and practice, innovation will be the first victim: there will be little that is new and the end result will not be very different from where we started.

“The only way to drastically change the world is to imagine it different from the way it is today.  Apply too much of the wisdom and knowledge that got us here, and you end up right where you started. If you want to get different results, take a fresh look from a new perspective” (Jay Allard, former Microsoft Vice-President – quote slightly altered for emphasis; bold and underlining added).

“Insanity is doing the same thing over and over again and expecting different results” (attributed to many people, including Benjamin Franklin and Albert Einstein).

As already mentioned, the last sixty years brought about change in the world that was broad, profound, systemic (holistic), radical, often abrupt, and frequently unexpected. This change led to significant departures from existing thought and practice in almost every area of life – enough to cause many important authors to speak of a new Renaissance, a new era, a new civilization. It is difficult to imagine that this sort of change would leave an important institution of society, such as the school, unaffected.

And yet, as mentioned in the previous section, the school was, and continues to be, a notable exception among the institutions that the twentieth century inherited from the previous centuries. While it is undeniable that there have been small changes and innovations within the school in the past two hundred and fifty years or so, they are mostly superficial or cosmetical, and very often affect only one single dimension of the institution: either the curriculum, or the methodology, or the form of assessment, or the kind of technology used, or the other resources employed, or the style of management, or the relation with the world of work, or the relation with the surrounding community, etc. The institution itself has not been significantly changed. It certainly has not been transformed: the school is still basically the same institution created around two centuries and a half ago at the beginning of the Industrial Civilization.

There seems to be little doubt that the school will become an obsolete institution (assuming it is not there yet) and eventually die if we allow it to rest content with a lesser sort of change that keeps too close to existing thought and practice. But that is what will happen if we limit the degree of innovation that affects it.

So, when we speak of innovation, it is this second kind of change – transformative, revolutionary change – that we must have in mind: it is the reinvention of the school that we must pursue. This is the only attitude compatible with the paradigm proposed in the previous article. And yet this will not take place quickly: it will require persistence and patience.

To create itself anew, and before it can renew its practice, the school must rethink its theoretical framework, that is, its pedagogical vision, which includes its view of education and learning and its understanding of its own role in the learning of the students.

4. The School of the Industrial Civilization

The school that we know was created in the Industrial Civilization according to the model that prevailed in the factory. These are the main elements of this model:

5. The School in the Learning Society

In the present stage we do not as yet have a Learning Society: a society in which all institutions have an educational focus and contribute to the learning of those that participate in them.

But we must create a new school that performs a transitional role in helping create the Learning Society and in preparing us to actively, interactively and collaboratively learn in it.

In the next article its contours will be discussed.

(*) I thank Microsoft’s Brazilian subsidiary for the authorization to use in this article material that I wrote at her request five years ago. 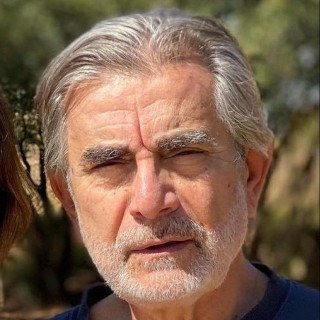